I will take you up on that first game since I bailed on the last one.

Hey Guys, I'll be around somewhere about 12:30 or 1:00 tomorrow, if people are considering game times. 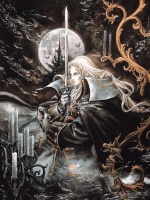 We should be there around 9:30 or so, putting us in for a second game around 1 ish.

I'll be there around the same time as you guys Don. Sean and I can duke it out.

Dice swings were alive and well. I also have to commend Josh's Minotaurs - holy crap they have a Black belt in making damage. I realized in Dom's game that I really have to pay attention to the rules - and use them to my advantage. Dom made a couple good moves using the rules and that's smart play - and that's what changes a loss into a draw or a win. I certainly need to pay attention more and stop shoving models forward for hail Mary's. Hail Mary's are more fun though...

I also have to publicly announce that I cheated against Josh, Sam and Dom. I was using my GW Infernal Guard as strength 6 and realized when I got home and tweaked my list that...they are only strength 5. They are only ST 3 base, so I apologize to all and I can't even say if I've always played them at 6 or if that's a recent thing. Regardless, from now on they are ST 5.

Which means, the Infernal Dwarfs are even worse that I thought, lol.

I like to publicly state that I agree with Don...well done Josh it was a lot of fun.
These types of events are always so invigorating and seem to keep the hobby alive and it was great to see so many ppl out having a blast.
Also I agree that Don is a cheater

I'll update the ladder once I have the results.

Got it, tough to figure out the ladder movement from a games day. Thanks a ton Derek for tabulating the results.