Great News Pete...It Seems that the Dark Gods might be smiling at you or at least giving you a glance...can you show them true devotion and conquer all???? We Shall See

lord of the night

count me in as well. saurian ancients 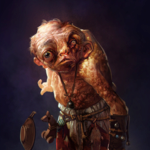 Awesome Pat...I luv seeing those Lizard armies on the battlefield.

Has anyone heard form Justin? If someone could contact him and let him know that we would luv to have him come out and play


I took Alberto off of this list as no one has spoke to him in 3 weeks. He did tell me that he was going to play - we shall see.

I'm in with Goblins actually and JUST the Goblins, none of those filthy orkses.

I see Justin daily at work.  We've been slammed lately so most likely won't be available.

**This is Saskatoon Justin, not Moose Jaw Justin**

Dwayne that's too bad, it would be cool to have you and Justin playing.

Latest update. Alberto is back and wanting to roll some dice.


Looking for at least one more player...come on guys

we should have an even number...everyone likes that

I just want to say thanks for everyone that came out last night to Lord of the Night XX at Andre's place.

It was a blast in a great setting. Thanks again Andre for hosting, loads of fun...you are so sweet

Some unfortunate no-shows occurred, but it happens and life goes on.

I want to thank Teresa for bringing her awesome Saurian Ancients Army and Johnny and Pat also.....The Lizards are represented very well in Saskatoon

I have played Pat and John, my Warriors have to meet up with Teresa's Carnasaur on the battlefield

I think everyone had fun and I hope you guys see what I'm trying to do with these events...have fun and get some new players involved - cool armies, quick games and good sportsmanship is key.

Anyway, a big congratulations goes out to Geoff who was the Lord of the Night XX Champion and took home the Big Cup

His army had no time for magic or shooting, they just smashed you in the face and they did it very well

Congratulations goes out to Sam and his Dread Elves. Sam went 1-1-1 and had fun and took home the Sportsmanship Cup

-Alberto's Vampire Covenant gave up the fewest points overall and Josh's Beast Herd gave up the most.
-No player got all three Secondary's.
-No Dwarven Hold, Orc n Goblin or Vermin Swarm generals showed up for this event.
-Andre has horrible taste in music

On a personal note - I was not looking or expecting to play and I thank you guys for being patient with me as I was doing the numbers up. My battles were very up and down. In my first battle with Geoff on the top of the first turn, my Giant cast a spell and killed 5 Daemons but he miscast (rolled 6-6-6-5-5

..that was brutal for Pat...I tell you buddy I know the feeling.
It was a fun night.

I will post the results in the next couple of days...I'm at work right now

Thanks for bringing this back Derek, these are what brought me into the group back in the day.  It was a fun event and I’m already looking forward to the next one.

I will have it be known that in our second game the men of the empire smashed their way through the daemons of Geoff. We should have (and could have) played the third and deciding game in our miniseries.

Thanks Derek for the tournament, these are loads of fun and a great way to kill a week.
_________________
What is best in life?
Crush your enemies, see them driven before you, and hear the lamentations of thier women.

Hey Guys...sorry about the delay in putting these numbers up.

It has been a busy week.

It was a really fun event. I was surprised to see no Dwarfs or Orcs. Once again I must say that the best looking armies with those of the Saurian Ancients awesome looking armies!!

Congrats once again to Geoff Klassen for taking the Champions Cup - his army was rock hard and crushed all opponents. Sam Brown took the Sportsmanship Cup he is always fun to play against.
Its meant to be a good time and I gave a number of door prizes away from boxes of dice to the much sought after Ring Pops of Power.
I want to thank Andre again for being such an awesome host and despite the cats it was a cool place to roll dice.

We will be doing this again in about 4-5 weeks - I hope you all had fun and are interested in playing again.

I hope this formats out properly...it didn't last time.